The Chinese authorities have succeeded in making good on their promise to lower property prices, but this bid to make housing affordable for the greater half of the Chinese population mightprove particularly costly for the Chinese economy as a whole. The residential sector is a major contributor of short-term economic growth in China, and accounted for an estimated 6.1% of its total GDP in 2010. Falling prices have already dragged down investment in the country’s real-estate market, and are expected make a similar dent in its demand for steel. Given the already dismal global economic outlook, a sluggish Chinese economy could then setoff more alarms than fireworks.

The drop in housing rates can be witnessed throughout the Chinese expanse, from large, major cities such as Shanghai and Beijing (here rates fell another 0.3% over a single month alone), to the relatively less populated second and third-tier ones. The country has instituted a series of regulations, whereby raising interest rates, and introducing local restrictions under which only those city residents who have been paying district or city taxes for a certain period of time are allowed to purchase housing in the said locality; these moves it intends would help take some pressure off of the overheated property market.

Discounted prices, however, have resulted in a flurry of buying, speculative and otherwise. Housing units in many developments are now priced at rates akin to those last seen in 2009. Developers have been forced to sell properties at throwaway rates; certain newly furnished apartments went for less than what the other, older houses in the locality were presently valued at. Major developers have seen their profits dip, and shares slide; raising fears that if the current trend continues, a shortage of adequate housing would soon develop, whereby triggering further unrest.

These falling prices also carry a strong implication for the greater world economy. The Chinese are the major buyers of machinery, and other housing-related (raw) materials from markets as far and wide as Japan, Australia, and Latin America. Local manufacturers are already citing worrying drops in demands for construction equipment, and doubt that they’ll be able to meet annual sales targets. The contagion shall then surely pass onto other markets whose growths are primarily fueled by exports, of which China constitutes a lion’s share.

This overarching influence of the Chinese property market then leads analysts to believe that such downward revisions in housing prices may not be allowed to continue for long. Persistent deductions in prices at various developments have already irked many buyers, and sparked protests as homeowners see their treasured equity vaporize at an increasing rate. The Premier, however, seems adamant to see these so-called corrections through; and given the track record of Chinese officials, a policy reversal might be somewhat of a long shot. Regardless of the status quo, developers, both local and foreign, remain upbeat about the long-term potential of the Chinese property market. They trust that once interest rates start to fall to reasonable levels sometime next year, the market will reveal its actual value, and prices will soar again. The Chinese housing market will eventually stage a comeback since the present state of affairs too is somewhat of a show; artificially orchestrated, well put-on.

High pricing and recession makes it difficult for a person to sell property fast. Usually, the whole process takes lots of efforts and money and sometimes become frustrating for the home owners to find a buyer. But these days, sell house provides a quick house sale solution and reduces the burden of the dealers. A sell house is a complete solution that always pays attention towards all the legalities, helps in filling paperwork and minimizes the risk, with the proper maintenance of price record. Sell house is working on creating solutions and platforms for the convenience of sellers and buyers. It always concentrates on those buyers who are mainly looking for houses to realize their ideas and dreams in a better way. Therefore, the main goal of sell house is to satisfy and provide much benefit to all kinds of customers.

Sell house offers the numerous solutions to the mid range to the high range buyers so that they can enjoy the benefits of making profitable deals. In the last few years, sell house has gained tremendous popularity which is not only offering sound deals but become a major selling house around the world. Before selling a house, if the person redesigns his home then it will give new look and lay a powerful impact on the buyers. The overall redefining ideas are surely thought provoking and easily grab the attention of the customers. Apart from this, sell house make sure that the seller should get a valuable price for their home with the least amount of harassment.

There is a Way to Sell Property Fast for Profit

Selling anything in the current market needs you to have good marketing skills. These should come handy even when you have to sell house fast. One of the most difficult tasks in this declining economic situation is to sell a property for a profit which is very much possible if you have the right skill sets in place.

When you have to sell property fast you should start with analyzing the property so as to form a proper marketing strategy. When you survey the property you need to make sure how it looks and feels. If it looks shabby and paint has also come out then you will have to spend some bucks to give it a new, fresh and pleasing ambience. Huge expenses are not required just do your minimum to make sure at least it looks neat.

The quick and easy way to sell house fast is to list it on the market. Use different sources to let people know your property is on sale. You can prepare a good catchy advertisement and publish it on the internet, news paper or magazines. When you list the property make sure you do not disclose the price. 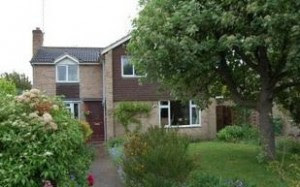 If you do not list the price then all types of buyers will approach you and you will have a greater chance to convert even the low budget buyer to switch to a higher budget if they like the property. But if the property is listed with the price then there are chances that looking at the price itself buyers would not prefer to even visit the house.

If you have done these two things correctly then there are all positive chances that you will sell house fast.
Posted by Quick Sale House UK at 3:33 AM 15 comments:

The Copperfield house near Sevenoaks, Kent is stunning and marvellous. This is a private house which is located in a secluded position and its just 7 miles from Sevenoaks. The wood frames windows and the interior of the house are magnetizing and alluring, you can buy my house it’s a rare jewel found in Kent. You can have your accommodation over two floors and can enjoy your life with your family. The decorative ceilings, radiators, brass switches, panelled doors etc are fantastic.

This house has 5 bedrooms 4 reception rooms and 4 en-suite bathrooms. The marble fireplace, carpets and the curtains elevate the beauty of the house. The kitchen is fitted with the solid wood units and the granite frameworks. Heated roman swimming pool of this house takes out all your stress. Truly it’s a divine place to spent your life and enjoy each moment of it.

A Spectacular penthouse Apartment in London

The luxurious penthouse apartment with outstanding and fantastic interiors in Wellington Court, Knightsbridge, London is a sell my house. The apartment has 6 bedrooms and 5 stunning reception rooms. 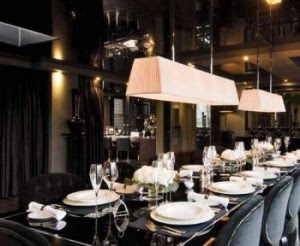 The apartment is lavish and well designed with ample space spread across an area of 10,000 sq ft. The interiors of the house add extra charm and beauty to the apartment. The living room is pleasant and welcoming. 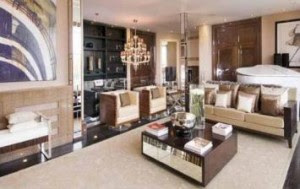 The penthouse has 2 hi-tech and functional kitchens, spa treatment room, a fully equipped gymnasium, and 6 wonderful and stunning patio and gardens. The terrace offers you a 360 degree view of the city along with the lovely view of the palace of Westminister. 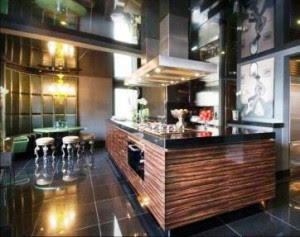 The dining space is well decorated with ample amount of artificial lights to add charm to your dinner. The glass counter dining reflects the vine glass and plates, the dark widened dining chairs go well with the anthracite coloured curtains adding a style statement. 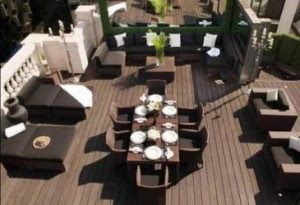 The house has a vast parking area. There is a stainless steel lift that opens into the private lobby with the black Zimbabwe marble flooring. The terrace is well floored and receives sufficient amount of sunlight during the day. The penthouse is located in the most glamorous area in London with all the necessities within reach.

Buy my House the Best Place to Enjoy Life

If you are looking for a property with the best interior design and latest luxuries then buy my house. Just take a look at it and I am sure you will fall for it. It is not only a house but a dwelling place with all the latest facilities necessary to make each moment the most memorable.

The best Place to Enjoy Life

The house looks similar to a palace and is spread over 10000 sq ft. Outside of the house is the place where nature greets you with its perfectly green grass and the nearby lake. Spend some time here and you will feel as if you are in some other world of peace and relaxation.

Buy My House and Enjoy

The house has been very well maintained and depicts ancient style of furniture, curtains and arrangements. The main room has a big entrance door and as you pop in you will notice a nicely decorated room waiting for you to occupy. Art, style and craftsmanship will flow in every part of the room wherever your eyes scroll.

House is a valuable possession for anybody on this earth but some dire consequences in life force them to sell the house for many reasons of course the biggest of all the reasons is associated with money. But often selling property is not all that easy for many causes. However property listed in the buy my house category has a better chance to a quick sale.

Besides this the house should also be in good condition. Here we have a magnificently constructed house on display under the buy my house category. The house overlooks a river and so is profoundly called riverfront property. Unlike many straight lined houses the architecture of this house is a lovely combination of triangles and white and blue paint.

This is a mesmerising house

This riverfront property has big lavish 9 bedrooms and 8 bathrooms spread in three levels. The stair case to each level is from the inside of the house. The staircase has been so beautifully crafted that it adds even more beauty to the interior.